Photographer Grace Lau shares with us her response to John Thomson’s photographs of China and of Chinese women, taken in the 1860s.

Grace Lau is a feminist Chinese photographer based in the UK. Her intention in her work is “raise awareness of stereotyping and prejudices (and) to encourage questions and debate.” She is interested in portraying the marginalised and the invisible. Her early work focused on the sub-culture of fetishism, bondage and sado-masochism. Her more recent work turned to  issues of race and Imperialist history, using the example of Westerners’ archival photographs taken in China during the 19th century

John Thomson was one of these Victorian photographers that Grace researched. He travelled extensively in China, capturing ordinary people in the street and high-born individuals as well as grand vistas of the Chinese landscape.

Of Thomson’s portraits, Grace says, “I find his portraits reveal his respect for his subjects, giving them dignity and identity without resorting to merely focus upon the “exotic” nature of the Chinese – which other Western photographers, such as Felice Beato and William Saunders, prefer to present.

“Thomson’s approach was more of scientific enquiry and documentation, and he expressed empathy towards his Asian subjects. He was also a highly skilled photographer.

“One of my favorite John Thomson images is “Boat Girl, Canton” 1868/70. There is a simple dignity and also humbleness in this posed portrait, which draws me to her. Yet, despite her obvious poverty lifestyle, she does not require any pity or condescension.” 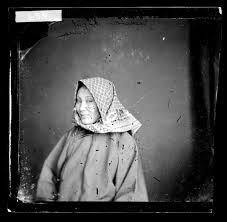 We cannot talk about Chinese women in Old China without mentioning bound feet, which fascinated visitors to China from the West in the 19th century – and to some extent, still fascinates the modern world today. Thomson did take photographs focusing specifically on bound feet. Grace comments, “I am ambivalent about his intentions of portraying the bound feet of a Chinese woman; he was probably driven by his scientific curiosity rather than a desire to highlight the ‘Oriental barbaric’ practice.”

And Thomson was aware of the irony of the Western fascination with this Eastern aesthetic tradition. Grace adds, “His notes provided a balance in how the Chinese criticize the English: ‘The English females before marriage bind their waist, being desirous to look slender’.”

There is a whole section of our exhibition dedicated to Chinese women – and our curators made a decision not to display Thomson’s portrait of a disembodied bound foot. They considered that such a  stark and disassociated image, detached from the rest of the body, displayed among Thomson’s more holistic portraiture would perhaps only have voyeuristic value and detract from the visitor’s connection to the Chinese women as individuals in their own right. 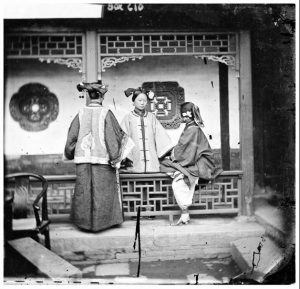 However, there is one photograph of three women in a courtyard where a woman’s bound feet can be seen as she sits casually on a balustrade, perhaps in conversation with her companions. We take in the women, their relationship, the setting of the courtyard and their dress – and the bound feet are simply part of the context of the woman’s identity and of her time. The focus is on the women as individuals and we find ourselves curious about who they are, what they may be talking about. They are not objectified by one part of their body –  we are interested in them as a whole, in their stories and in their lives.

We hope to see you at the exhibition.  The details are below:

Grace Lau is a documentary photographer who has specialised in opening up Chinese identity and Western views of the Chinese. She is the founder of Exposures, the Association of Women Photographers, and helped organise the Signals Festival of Women Photographers. She is author of Adults in Wonderland: Grace Lau, A Retrospective (London: Serpent’s Tail, 1997) and Picturing the Chinese: Early western photographs and postcards of China (Hong Kong: Joint Publishing, 2008). Her Arts Council-funded project 21st Century Types (2005) constructed a 19th century Shanghai portrait studio in Hastings and invited the public to be photographed. http://gracelau.co.uk/ 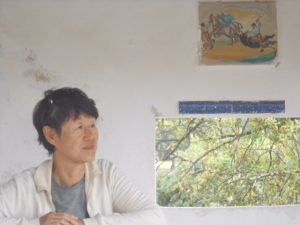 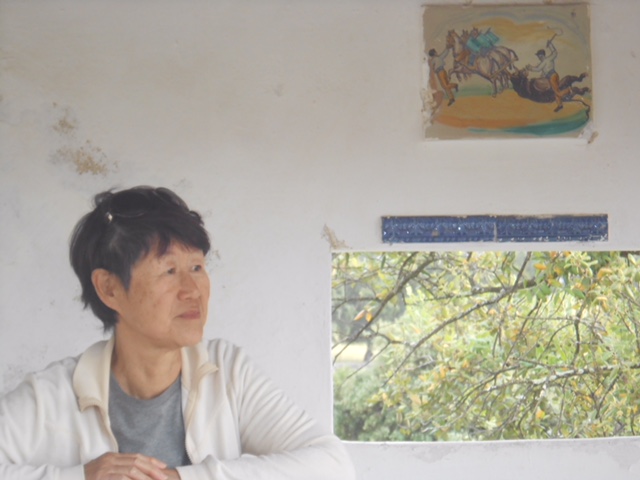