We think of historical figures, especially the Victorians, as old fuddy-duddies who are stuck in the past and with no interest in new stuff. Well, that’s just plain wrong when it comes to Victorian photographer John Thomson. Find out why below…

John Thomson was one of the early adopters of photography in the mid 19th century, learning everything he could in order to turn professional. He was also fascinated by the wider world opening up during that time, especially Asia and the Far East. Combining the two passions, he set off to Singapore and set up shop as a photographer there.

Sharing His Travels with the Latest Victorian Technology

Beyond the business side of being a commercial photographer, he also travelled far and wide across the East, including China and Siam (now Thailand) in the 1860s.

He collected his photos into books which would also include his write-up of his experiences. These were published back in the UK and found an audience that, like him, was fascinated by the wider world. He also gave lectures and wrote for magazines and journals about what he saw on his travels when he was back in the UK. That would have been the most up to date technology of the Victorian era for one-to-many sharing of stories.

An Early Adopter Then – and Now

We think that Thomson would have been an early adopter, too, of social media if he were alive today and working as a travel photographer.

He would be amazed by how tiny cameras have become – in contrast to  his cabin luggage size contraption, he would be able to have a tiny thing he could slip in your pocket.  I’d bet he’d have a range of different kit from DSLR and medium format down to compact cameras and a trusty smartphone. 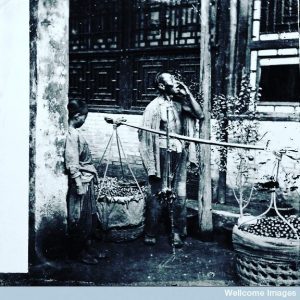 He would also be sending us despatches from wherever he would be via instagram or Flickr and updating his Facebook page. I’m sure he would still be publishing books and giving lectures but all this other activity would make certain that his photos would be seen by as many people as possible.

So we think that John Thomson would have loved to see his work being shared right now across social media as part of the John Thomson Exhibition.

John Thomson is an Instagram = @johnthomsonlens – where you can see his own photos as well as pictures relating to the Exhibition: behind the scenes, interviews, scenes from the launch party and other events.

The John Thomson Exhibition Blog – you are on the Blog right now. We aim to blog about all aspects of John Thomson and his work and include guest bloggers and videos as well.

We hope you’ll check out some of these social media activities – and if you like John Thomson’s work, please help us out and share the links with your friends.

John Thomson would be very happy!

Yang-May Ooi is the multi-media blogger for the John Thomson Exhibition. She is the bestselling author of The Flame Tree and acclaimed writer/ performer of Bound Feet Blues. She also hosts a number of podcasts, including Creative Conversations. www.TigerSpirit.co.uk 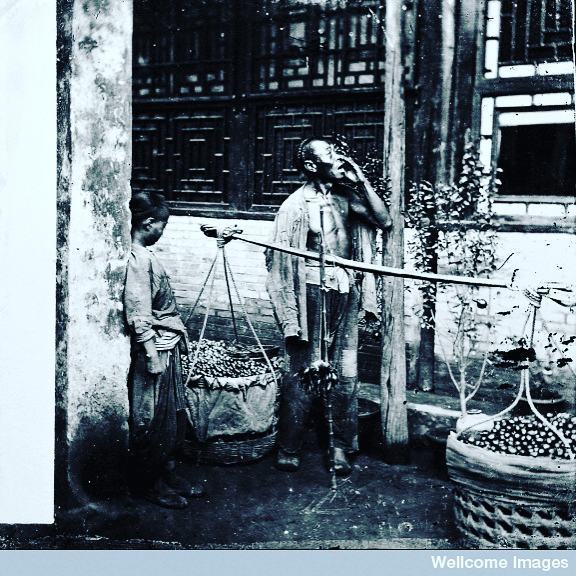