When Betty Yao invited me to join the John Thomson Exhibition team as their multi-media blogger, I jumped at the chance. It was – and is – a unique opportunity for me to get up close and personal with some extraordinary photographs taken at a significant time in Chinese history.

John Thomson was a Scottish photo-journalist who travelled in China and Siam (now Thailand) in the 1860s, capturing people, cities and landscapes on photographic glass plates.

At the time Thomson took his photos of China, my great-great-grandfather’s village there was destroyed by marauding bandits. 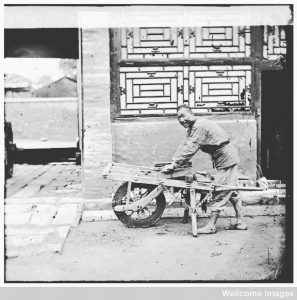 A Bandit in the Family

That simple family story, passed down by word of mouth, tells me a lot about China’s social history during my great-great-grandfather’s youth – and around the same time that Thomson was travelling in China. It was a time of instability and poverty when desperate men came together in gangs to survive – and gain some level of power over those who had less than they did. There were bad harvests and famine. Those in power did little to help villagers like my great-great grandfather’s people. My ancestor was not the only one who ended up leaving China to find a better life overseas. The mid 19th century was the peak time of Chinese migration to South East Asia as well as America, sowing the ancestral seeds for the huge Chinese diaspora around the globe today.

The Faces of Chinese History

Thomson’s photographs of China show us individuals in a cross section of society. We see the underclasses on the streets of Chinese cities – a rag and bone man, street vendors, soldiers. On the other end of the social and economic scale, his photos also show mandarins in all their finery – old power and old wealth. We also see those in the middle – ladies with maid servants, a respectable married couple, priests and merchants. In each image, he has captured their personalities and humanity. These people, now long dead, look out at us with eyes and faces that tell us a myriad of stories.

But Thomson’s photos are not just about the small stories of one person here, another person there. When you look at them all and take them together as a body of work, they give us an epic view of China at a critical time. 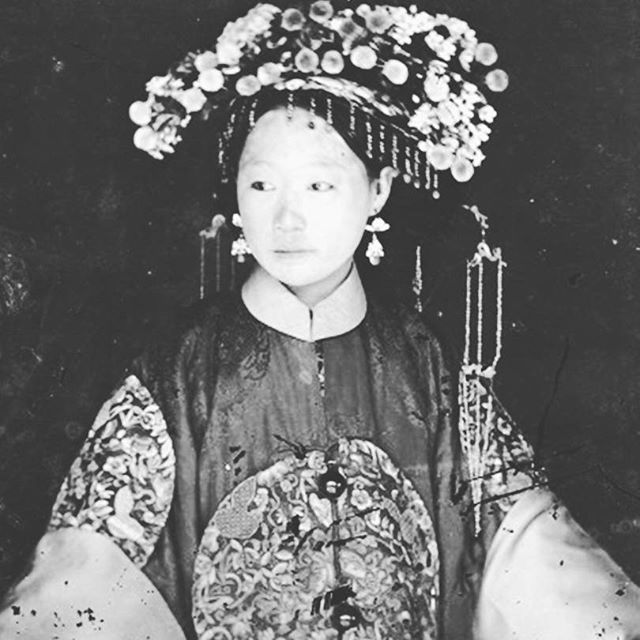 A Blink of Eye from Revolution

1860s China is 40 years before the tumultuous revolutionary modern century – a blink of eye in terms of China’s millenia of imperial history. For hundreds and thousands of years, ordinary people suffered and endured harsh times and poverty – but not for much longer. There were those who defied their lot, like my great-great-grandfather, by escaping to other countries. Others would soon show their defiance not by escaping but by staying and bringing about change through revolution.

The disparity between rich and poor, the powerful and the powerless in pre-revolution China are all there in Thomson’s photographs. And also those caught in between – people like you and me, had we lived then at that time and in that place – going about their daily lives, trading, getting married, combing their hair, whose lives will be forever changed in the decades to come. This is a moment in time, caught fleetingly before the cataclysm. That is the haunting and foretelling power in these works.

That is why I am excited to be part of this project and to have the chance to share with you John Thomson’s story – as well as those of the people and landscapes he photographed – through this multi-media exhibition blog. I hope you will check back for new stories and perspectives about Thomson, his work and the upcoming London exhibition.

Better yet, please put a date in the diary to come and see the John Thomson Exhibition in London. It’s free so you can keep coming back as many times as you like while it is still on! Details below… 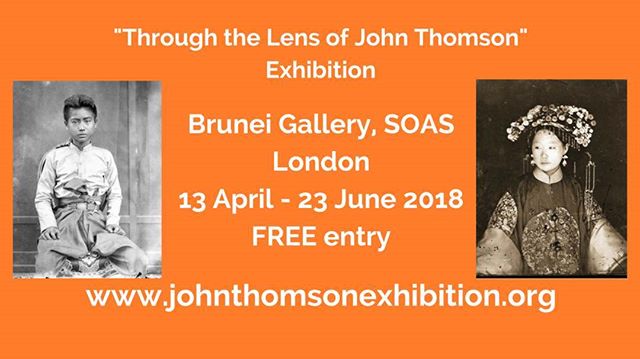 Yang-May Ooi is the multi-media blogger for the John Thomson Exhibition. She is the bestselling author of The Flame Tree and acclaimed writer/ performer of Bound Feet Blues. She also hosts a number of podcasts, including Creative Conversations. www.TigerSpirit.co.uk 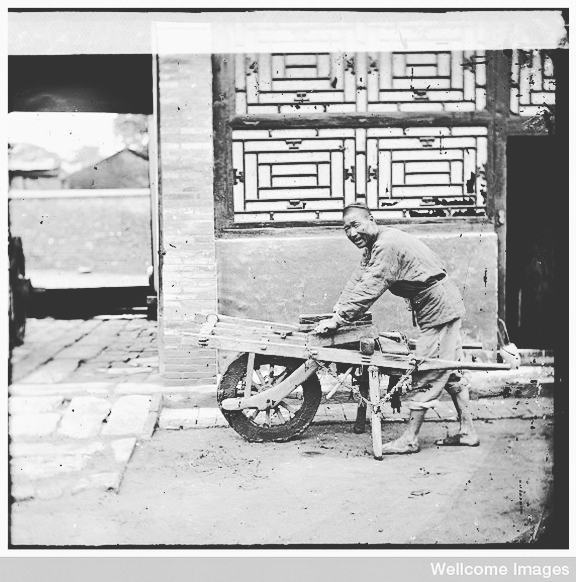